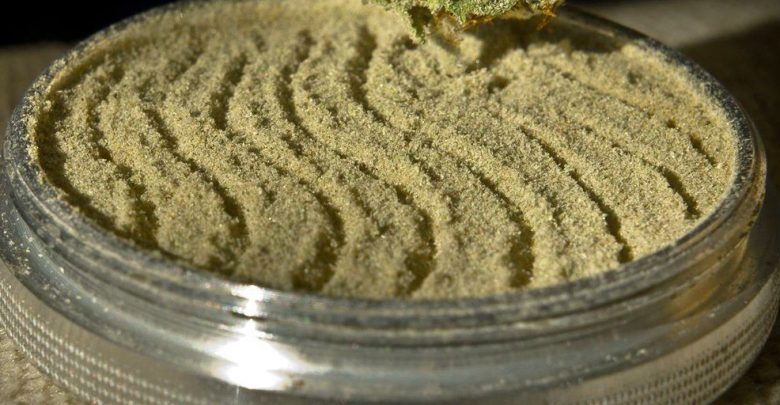 While kief specifically refers to the bulbous, crystal formation on the tip of a gland, the substance itself is just one part of what is called a trichome, or a “hair.” Many different plants and algae have external trichomes for specific evolutionary purposes. For example, some carnivorous plants rely on sticky trichomes to trap their prey.

Trichomes on the marijuana plant keep away hungry herbivores by producing an intensely psychoactive experience, theoretically disorienting the animal and preventing it from eating the rest of the plant. The resin’s strong, distinct odour also attracts pollinating insects and predators, which might keep herbivore populations at bay. How to separate kief from the cannabis plant Without a three-chamber herb grinder to sift and collect kief, the kief is wasted because it just sticks to the grinder itself.

For the best results, home extractors use consecutive sizes of screen and stack them in order from largest to smallest. When buying screens, the number of wires or threads per inch, or the LPI (lines per inch) number is an important thing to remember. The larger the screen, the smaller the LPI number.

When buying extracted kief at a dispensary or retail store, keep in mind that the purer the kief, the lighter the colour will be. Kief that still looks fairly green means that there is still quite a bit of plant matter mixed in, whereas kief that has been cleaned well tends to be more of an off-white colour.

Find out more:  How Do They Feminize Marijuana Seeds?

What Is Kief? Kief Definition – Weedmaps

This hash has a dark colour because it has been heavily pressurized. Now that you know what kief is and how to collect it, what should you do with it? There are many ways to make good use of your stockpile of unrefined cannabis concentrate from smoking kief to making hash.

Hash is one of the oldest forms of refined cannabis. One of the first steps of making hash is extracting kief, as the hash is basically just kief that has been heated and pressurized to form a soft, green ball. Applying heat and pressure to kief changes its composition by rupturing the resin glands.

A three-chamber grinder grinds the marijuana more finely. It also ensures that the precious kief crystals fall through a screen and are safely collected in a compartment. If you only use a two-chamber version, crystals can fall off and stick to the inside of the grinder. You can also use a sifter box and two coins.

It is also best if you handle the coins and weed as little as possible. Put two quarters on the tray along with the dry herb and shake the sifter box for up to 60 seconds. Once you have done this, open the box to see how much kief has been collected.

What Is Kief And How Can You Use It? – Leafbuyer

Once you have collected enough kief, store it in a cool, dark place in an airtight container. If you’re not using it right away, stir and mix it every two days to prevent it from sticking together. 7 Great Uses for Kief1 – Make Moonrocks, If you’ve never tried moonrocks, you’re missing out! They are incredibly potent and are a low-cost alternative to concentrates.

Find out more:  When To Plant Marijuana Seeds In South Africa

Then sprinkle the kief over the buds while they are still warm. Alternatively, use a pair of tongs to roll your buds in the kief. After they harden, break them up by hand and sprinkle them into a bowl and enjoy the high. Don’t use a grinder during the process because it grinds your moonrocks too finely.

Only the most experienced users can distinguish rosin from the sap or shatter. When you use kief, you benefit from an extremely potent concentrate. 5 – Create Hash, One of the first steps in making hash involves extracting kief. Hash is essentially kief that has been heated slightly and pressurized to create a softball.

Also, subjecting kief to pressure causes its colour to become darker. You can make hash at home using kief. To do so, place the kief in folded parchment paper. Next, run a clothes iron or a straightening iron over the parchment paper. By doing so, you are applying pressure and heat to the kief, which will change its composition.

Photo by: Gina Coleman/Weedmaps Image lightbox How to collect kief Many grinders, typically those made of aluminum or stainless steel, come with a kief catcher, which is the bottom chamber of the grinder below the screen. As you grind your bud, trichomes fall through the screen and collect in the catcher.

Find out more:  Will UPS and FedEx Destroy Marijuana Seeds?

When using kief in your favourite edibles, remember that it’s not decarboxylated yet so make sure to expose it to enough heat long enough to activate the THC or you may be disappointed. That being said, kief is concentrated trichomes so a little will go a long way. Make moon rocks Kief can also be used to make what are known as moon rocks.

Once the rocks harden, they can be broken up (don’t use a grinder) and smoked, delivering a very potent high. Moon rocks typically average more than 50% THC. Some people also use the term cannabis caviar but, technically, that’s nugs dipped in concentrate, minus the final dusting of kief. Kief can also be used to make what are known as moon rocks.

What Is Kief And How Can You Use It? – Leafbuyer

Expect the effects to kick in 30 minutes to two hours after you consume. Kief vs hash vs dry sifts You may be wondering what’s the difference between kief and hash or what’s dry sift. And you wouldn’t be alone. Sometimes the terms are used interchangeably but there are differences. 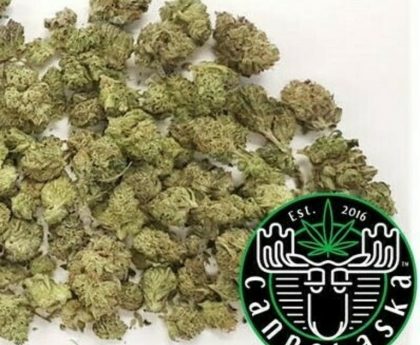